Hello everyone! Noticed anything different? I've renamed this account to Kemze now, to reflect that we (Paru and Lumi) are now working full-time on the game. Consider supporting us on Ko-fi! We want to take this project more seriously, so to better communicate our plans and progress, I will be writing about the update here.

Alpha 8! Yes, after a month of intensive work we've really stepped up the progress and implemented lots of things. Here are a few: 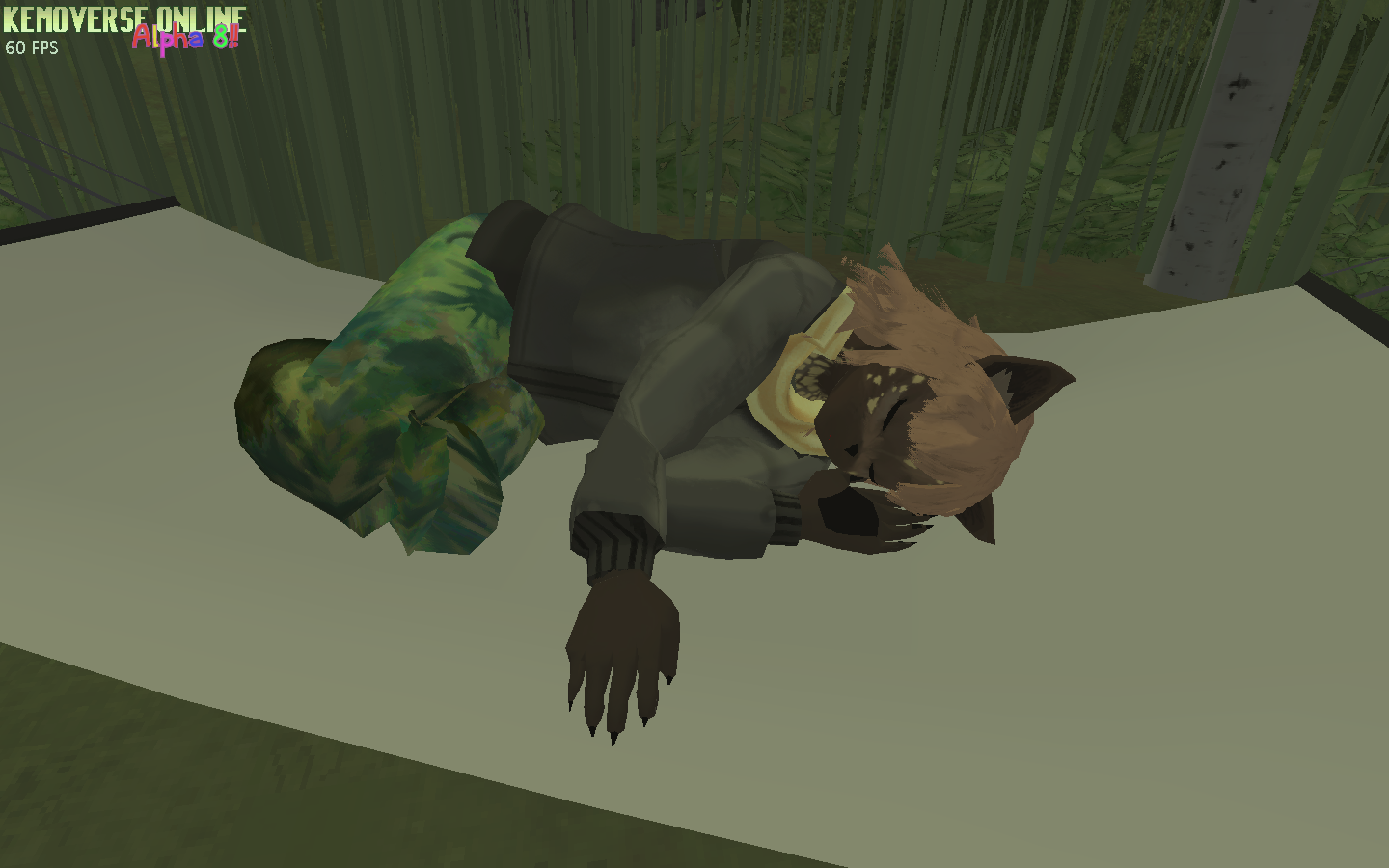 The most significant one is the introduction of NPCs. We've got Sera, a fellow student and Merka, the school manager. They both go about their day in the game and have unique dialog options depending on location and time, so now the campus and school are revitalized with lore and story content told through character interaction as well as cutscenes. We have lots of story planned out for this game! This all is thanks to actionscripter, a little script text editor that lets you write a simple script to control characters and things.

Another good thing about the actionscripter is that you can even script yourself. So when you log in to the game and play, you can make yourself act like an NPC - players can click you, be offered buttons, and when clicking the button it does whatever you wrote in the script. Useful for automated responses and such. So how do you script? If you've got experience with writing computer code, then it should come naturally, as the editor has a built-in guide. A video tutorial on more basic scripting will be available later.

If you're not so much in to the scripting, then there are other updates to check out. We finally properly remade the sanctuary, library and the two classrooms - they're no longer devoid of content. The library even has a simple little tune! All of these areas are pretty cozy, and we're intending to make them feel even more lived in and functional, but for now, they make great locations to hang out and socialize at. They don't have much functionality just yet, but that's what our next update will be about, more on that later.

Speaking about socializing, we've got really cool updates to the chatting system. The text speech that appears over your head now works properly as rich text, which means you can make cool effects! I added some fun ones. Try typing "~WIGGLE~" in the chat and you will see how it slowly wiggles. You can also color the text and give it special fonts. Makes it have a special Web 1.0 feeling. We also fine tuned the animations for standing and sitting, so you can change them even more.

Along with all of these, we've got plenty of bugfixes and optimizations, so the game should run way better.  But anyways, that's Alpha 8 for now, after a month of full time work. What's next?

Alpha 9 will be our next goal and focus on gameplay.

We're planning to flesh out the playability of the game, so that there are things to do while you're playing alone. You've probably noticed the plantable dirt piles and bugs around the campus. This is supposed to be the main task - to grow plants, water and harvest them, to run around and harvest mushrooms, catch bugs and fish some fishes to contribute to a weekly/monthly food drive and keeping this place sustainable. We're still thinking of what the reward should be, but it's likely to be something that benefits everyone, including new players.

We would also like to add unique items to further help you express yourself - basically, so you become more animated instead of just standing around. Little personal items, such as a yoyo or a skateboard that you can equip and use at will. Maybe even items that you can use on other players.  For example, a watergun to play little water fights on others.

Finally, we'd like to introduce better social tools, like making the player cards (the last tab in the bottom menu) work properly. We're thinking about making them customizable and shareable, so they get a unique value for your friends or for the collectors. Furthermore, we'd like them to serve like a sort of "friendship" function, so by having your firend's card, you can get a notification when they're online, or maybe contact them through the phone.

Anyways, these are the thoughts for the next version, as well as never ending optimization and bugfixing. If you've played the game in the past or only this alpha - thank you, and I hope you enjoy being a (very) early player to our game! If you're hyped for this game, feel free to join our discord or send us a donation (or even buy the game here on itch) to keep us going!